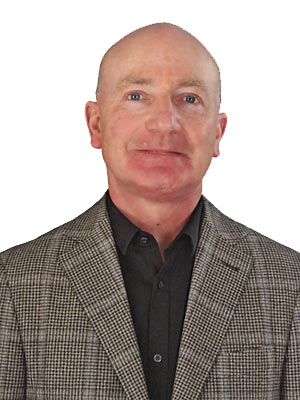 With 32 years of experience in the telecommunications industry, including 24 years in Silicon Valley, Mr. Téral is regarded as one of the top analysts in his field, having been the trusted advisor at some of the world's largest telecom providers and manufacturers. He specializes in next-generation mobile infrastructure including 5G and 6G, network disaggregation, cloud and quantum networking, programmable core networks and service provider digital transformation. He also tracks overall telecom economics and forecasts service provider capex, opex and revenue, as well as outsourced and managed services.

As an advisor to startups, service providers, vendors and the investment community, he helps clients identify new market opportunities, as well as provides due diligence and advises on positioning, product development, business plans and M&A activity. A highly sought thinker and speaker, Mr. Téral is quoted in prestigious publications such as Nikkei Asia, The Economist, Le Monde, Les Echos, L’Usine Nouvelle, Barron's, and The Wall Street Journal, and chairs and presents at events worldwide, including ECOC, Brooklyn 5G Summit, 5G World, GSMA Mobile World Congress (MWC), and Layer123 World Congress. He has been a frequent expert judge for industry and technology innovation awards, such as the GSMA MWC GLOMO Awards, Layer123 World Congress, Telco AI Summit, and 5G World.

In 2006, he joined Infonetics Research, which was acquired by IHS Markit (itself acquired by Informa Tech in 2019) in 2014 where he became a Technology Fellow. Previously, he was with analyst firm RHK, where he developed their European optical coverage and helped carriers migrate from PSTN to next-generation networks. Prior to RHK, he was an R&D engineer and project manager with Alcatel, where he deployed the CATV optical networks that allowed the 1992 Olympics and the grand opening of Euro Disney to be televised using fiber optics for the first time. Stéphane Téral was a McGowan Scholar at the McLaren School of Business, University of San Francisco, United States, where he received his MBA, and has a master’s degree in Electrical, Electronics and Optical, and an engineering degree in telecommunications from the Institut Polytechnique de Paris, France.